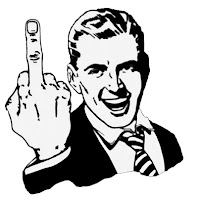 Quebeckers have always been emotional voters and the results of the last federal election confirm once again, that they don't always vote in their best interest.

Not overly concerned with issues, they vote for 'personality,' leaders who they perceive are on their side, or as they say in French 'sympathique', rather than those who can deliver tangible benefits.

But if Quebeckers don't understand the axiom that political power is proportional with representation in government, perhaps they should consider an old hockey analogy, something they do understand well enough.
That is, that you can't score goals sitting on the bench, even worse sitting in the stands.

For twenty years Quebec got away with this under-representation because the government of the day  believed that Quebec was essential to majority government and that pandering to its interest would somehow translate into future electoral support.

The last two elections destroyed that myth and the present government has no illusions about future considerations (another hockey analogy.)

Quebeckers, are coming to the very slow realization that the Earth has shifted under their feet. All of a sudden, the Harper government is no longer playing the game by the rules that Quebec defined.
This reality is slow to sink in.
Because of history, Quebec naively believed that there'd be no consequences to rejecting the Conservatives again and the old game would be continued to be played by the old rules.

But sometimes, things change.
A guy can only ask a girl out so many times before giving up in frustration.
And so Harper gave up on Quebec, looked for a new beau in English Canada and surprisingly found her in southern Ontario.
For Quebec, it's quite a shock, because the flowers and candy are no longer flowing its way. The slow realization that the province is the odd girl out is hard to swallow, but true nevertheless. And now as Harper struts down Main Street, arm in arm with his new girlfriend, Quebec looks on in disbelief, starting to worry that it's just not a fling.

Typical of those who can't read the writing on the wall is Richard Martineau of  Le Journal de Montreal who complains that too many royalist terms are creeping into the Conservative lexicon.


"When the federal government announced that Jack Layton would have a state funeral, the press release said that Jack Layton was "head of  Her Majesty's Loyal Opposition and a member of the Queen's Privy Council for Canada '. My God !!!!! Harper is really attached to the Queen ..."

In response, a reader in the comments section set Mr. Martineau straight, rather succinctly.
"Get used to it, he's got a majority" LINK

Another slow to realize that Quebec has no IOU's to cash in Ottawa is Pauline Marois who suggested last week that she and Jean Charest form a common front and go to Ottawa to demand that Harper pay for a new Champlain bridge. Link
This is the same Marois who promised to make Harper's life Hell, if elected as Quebec premier and so teaming up with Jean Charest who humiliated Harper at an enviornmental conference last year in Copenhagen, to demand anything, is a bit presumptuous.
Good luck, with that!

I'm not suggesting that Harper is deliberately hurting Quebec, it's just that without proportional representation in cabinet, Quebec's point of view is shortchanged.

A good example of this is the re-application of the 'Royal' appellation to the Canadian Air Force and Navy, a decision wildly detested in Quebec.
Had there been four or five more strong Quebec members in cabinet, it would never have happened.

Having treaded lightly during the years of minority government, the Conservatives, now that they have a free hand, are bound and determined to re-shape the country. Make no mistake, those changes will be profound.
With little or no influence on those decisions, Quebec is badly served.

Already cabinet Ministers are taking an arrogant in-your-face attitude against those who complain about their agenda, whether they be in the civil service or the private sector. Even sadder is the fact, that when Quebec politicians and media complain about policy, they are roundly ignored, not even given the courtesy of a response.
That's how important Quebec is to the Conservatives. What a change!

Recently, Jason Kenney ripped Amnesty International a new one, for it's criticism of the government's publication of a most-wanted list of immigration fugitives. His open letter condescendingly mocked the organization and set a tone that this government wasn't going to listen to those who don't share its philosophy. LINK.
This follows a letter he wrote last year blasting Catholic bishops for opposing his anti-human smuggling bill. LINK
This isn't the first time Kenney ran afoul of the Church. Last year he was also chastised for cutting $7 million in funding to KAIROS, a Canadian church organization which supports overseas development in Third World countries. Kenny accused the organization of being antisemitic.

Then Vic Toews, Minister of Public Safety, blasted the public broadcaster for refusing to publish that same most-wanted list of fugitives that Ottawa is keen on deporting. Realizing from which direction the wind is blowing, the CBC caved, as did Radio-Canada in reversing its decision to hire Gilles Duceppe. LINK   Watch a Interview

All of these ministers are sending the clearest of signals.-
Tow the Tory line or face the consequences. Their motto- "RESISTANCE IS FUTILE"

But perhaps most galling is Ottawa's decision to provide a loan guarantee to Newfoundland for a project that would build a distribution network for electricity that would bypass Quebec, infuriating Quebec politicians who view the affair as unfair competition. Ottawa's response- icy silence.

ALL THIS WITHIN THREE MONTHS OF BEING ELECTED!

Let's not forget, that over the next four years, Harper will completely re-shape the Supreme Court, with a least four, maybe five of the judges scheduled to be changed.

And so the pendulum has swung away from Quebec, and even though many in the province haven't realized it yet, with four more years of Conservative rule, the penny will inevitably drop that Quebec is the odd province out.
With so few Conservative seats in Quebec to protect and the threat of a referendum and Independence no longer viable, Quebec has lost all leverage in Ottawa.

I'm getting a different sense.
It comes from a shift in opinion in those comment sections under all those stories of the big bad Conservatives that fill Quebec newspapers and websites. Readers are starting to advocate cooperation and in many instances are defending the Conservatives.

Something is happening in Quebec.
Realizing that blackmail doesn't work and that threats of independance are no longer scarey, voices are being raised to compromise and get with the program.

I know that this is something that nobody would dare allude to, but I'd bet dollars to doughnuts that this attitude will grow as time goes by.

Just like the girl who arrogantly brushes off an enthusiastic suitor, when those affections are directed elsewhere, interest, is re-kindled.

Parents know the spiel. Spare the rod and spoil the child.
Let's face it, Quebec was one spoilt child!

Like a recalcitrant youth subjected to a serious dose of tough love, Quebec is starting to come around, proving that decades of coddling wasn't the answer.

Can this attitude change really be happening?
Maybe....just maybe!